The Alehouse at the End of the World by Stevan Allred 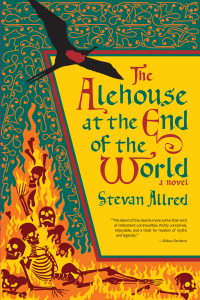 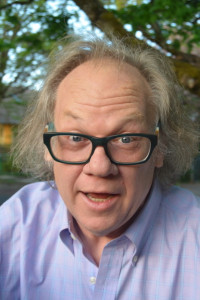 Host Ken Jones talks with  Stevan Allred, author of the new novel The Alehouse at the End of the World, published by Portland’s Forest Avenue Press.

Stevan’s previous book – the 2013 linked short-story collection A Simplified Map of the Real World: The Renata Stories – was Forest Avenue Press’ first fiction release. Stevan also contributed to City of Weird: 30 Otherwordly Portland Tales, edited by the amazing Gigi Little. And his fiction and essays have been widely published in literary journals. In addition to his own writing credits, Stevan sits at the head of the Pinewood Table writing workshop in Portland, along with his teaching partner Joanna Rose.

Portland’s own Lidia Yuknavitch writes of Alehouse: “Bard-like in its constellation of bird-gods and rough-hewn characters tossed around like breadcrumbs, the epic voyage catches you between laughter and a tear forming at the edge of your eye. Like life does.”

In the words of author Robin Cody: “Alehouse echoes ancient myths of creation and undoings in the practice of love, with a blend of Shakespearean comedy and Melvillian language, on a classic odyssey to the end of the world and beyond. Trust me, people. This is the wildly inventive and lovingly hilarious work of a master craftsman.”

Update Required To play the media you will need to either update your browser to a recent version or update your Flash plugin.
Download audio file
Topic tags:
Arts/Culture, Fiction, Gender, Animals, Faith/Religion/Spirituality, Humor
Genre(s):
Arts and Culture