Welcome to the Jungle: Pepe Escobar 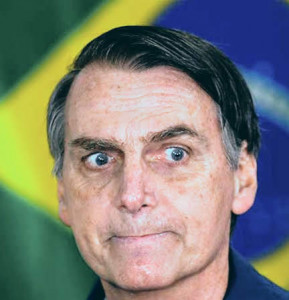 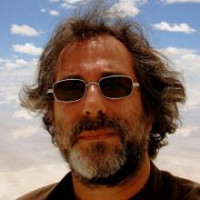 Pepe Escobar writes in a Special to Consortium News:

"It’s darkness at the break of (tropical) high noon.

Jean Baudrillard once defined Brazil as “the chlorophyll of our planet”. And yet a land vastly associated worldwide with the soft power of creative joie de vivre has elected a fascist for president.

Brazil is a land torn apart. Former paratrooper Jair Bolsonaro was elected with 55.63 percent of votes. Yet a record 31 million votes were ruled absent or null and void. No less than 46 million Brazilians voted for the Workers’ Party’s candidate, Fernando Haddad; a professor and former mayor of Sao Paulo, one of the crucial megalopolises of the Global South. The key startling fact is that over 76 million Brazilians did not vote for Bolsonaro.

His first speech as president exuded the feeling of a trashy jihad by a fundamentalist sect laced with omnipresent vulgarity and the exhortation of a God-given dictatorship as the path towards a new Brazilian Golden Age.

French-Brazilian sociologist Michael Lowy has described the Bolsonaro phenomenon as “pathological politics on a large scale”.

His ascension was facilitated by an unprecedented conjunction of toxic factors such as the massive social impact of crime in Brazil, leading to a widespread belief in violent repression as the only solution; the concerted rejection of the Workers’ Party, catalyzed by financial capital, rentiers, agribusiness and oligarchic interests; an evangelical tsunami; a “justice” system historically favoring the upper classes and embedded in State Department-funded “training” of judges and prosecutors, including the notorious Sergio Moro, whose single-minded goal during the alleged anti-corruption Car Wash investigation was to send Lula to prison; and the absolute aversion to democracy by vast sectors of the Brazilian ruling classes.

That is about to coalesce into a radically anti-popular, God-given, rolling neoliberal shock; paraphrasing Lenin, a case of fascism as the highest stage of neoliberalism. After all, when a fascist sells a “free market” agenda, all his sins are forgiven.

The Reign of BBBB

It’s impossible to understand the rise of Bolsonarism without the background of the extremely sophisticated Hybrid War unleashed on Brazil by the usual suspects. NSA spying – ranging from the Petrobras energy giant all the way to then President Dilma Rousseff’s mobile phone – was known since mid-2013 after Edward Snowden showed how Brazil was the most spied upon Latin American nation in the 2000’s.

The Pentagon-supplicant Superior War College in Rio has always been in favor of a gradual – but surefire – militarization of Brazilian politics aligned with U.S. national security interests. The curriculum of top U.S. military academies was uncritically adopted by the Superior War College.

The managers of Brazil’s industrial-military-technological complex largely survived the 1964-1985 dictatorship. They learned everything about psyops from the French in Algeria and the Americans in Vietnam. Over the years they evolved their conception of the enemy within; not only the proverbial “communists”, but also the Left as a whole as well as the vast masses of dispossessed Brazilians.

This led to the recent situation of generals threatening judges if they ever set Lula free. Bolsonaro’s running mate, the crude Generalito Hamilton Mourao, even threatened a military coup if the ticket did not win. Bolsonaro himself said he would never “accept” defeat.

Congress is virtually controlled by military, police and paramilitary forces; the powerful agribusiness and mining lobby, with their supreme goal of totally plundering the Amazon rainforest; evangelical factions; and banking/financial capital. Compare it with the fact that more than half of senators and one third of Congress are facing criminal investigations.

The Bolsonaro campaign used every trick in the book to flee any possibility of a TV debate, faithful to the notion that political dialogue is for suckers, especially when there’s nothing to debate.

After all, Bolsonaro’s top economic advisor, Chicago Boy Paulo Guedes – currently under investigation for securities fraud – had already promised to “cure” Brazil by bearing the usual gifts: privatize everything; destroy social spending; get rid of all labor laws as well as the minimum wage; let the beef lobby plunder the Amazon; and increase the weaponizing of all citizens to uber-NRA levels.

No wonder The Wall Street Journal normalized Bolsonaro as a “conservative populist” and the “Brazilian swamp-drainer”; this fact-free endorsement ignores that Bolsonaro is a lowly politico who has only passed two pieces of legislation in his 27 lackluster years in Congress."

Update Required To play the media you will need to either update your browser to a recent version or update your Flash plugin.
Download audio file
Topic tags:
Global Affairs, Government/Politics