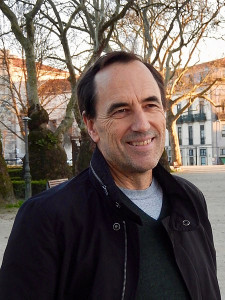 Jeff Goodell is an environmental journalist who has written about topics related to carbon pollution and the onset of climate change for Rolling Stone and in his own books. The most recent of those books was last year’s The Water Will Come: Rising Seas, Sinking Cities, and the Remaking of the Civilized World, a look at how rising sea levels are already affecting countries around the world, and what we can expect in the near and distant future.

Jeff Goodell will be in Portland as a guest of Mercy Corps this Thursday, October 4, to speak about climate change at Revolution Hall.

KBOO’s Sam Bouman spoke with Goodell on Monday to talk about his upcoming Portland visit and his recent work.