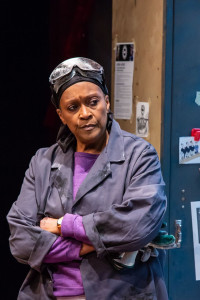 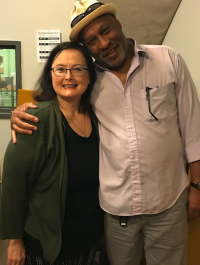 About Skeleton Crew.:  It’s 2008, and one of the last auto plants in Detroit is dying on the vine. The factory workers that remain are living paycheck-to-paycheck but amidst the backbreaking work and brutally long shifts, they have somehow shaped themselves into a makeshift family. Faye, a factory lifer, is the glue that holds everything together. But with less than six months before she can retire with a full pension, Faye learns that management has a plan that could threaten her whole existence, leaving her torn between loyalty to her coworkers or her own survival. Heartbreakingly tense with moments of ethereal beauty, Skeleton Crew reveals the struggle to stay relevant in a society that constantly changes.

The Color Purple, adapted from Alice Walker’s classic novel about the sisterhood, resilience and self-empowerment found in a community of black women living in rural Georgia in the early 20th century. Timothy Douglas directs the production, joined by music director Darius Smith, who will bring the Grammy Award-winning score to life.

Cast includes Felicia Boswell (Broadway: Shuffle Along, Motown, Memphis) as Celie, whose journey toward love and self-worth forms the heart of the play; Lana Gordon (Broadway: Chicago the Musical, The Lion King, Jesus Christ Superstar) as jazz singer Shug Avery; and Danea C. Osseni (Off-Broadway: Death of a Salesman, Ain’t Misbehavin’) as Celie’s sister Nettie, all making their debuts at The Armory. Maiesha McQueen (First National Tour of Waitress) returns to The Armory after celebrated performances in His Eye is on the Sparrow and Ain’t Misbehavin’ to play Celie’s daughter-in-law, the fiercely brave Sofia.

About The Color Purple: From Alice Walker’s Pulitzer Prize-winning bestseller comes a powerful, Tony Award-winning musical with a fresh, joyous score of jazz, ragtime, gospel and blues. This stirring family chronicle follows the inspirational Celie from the early to mid-20th century in the American South, as she journeys from childhood to womanhood, through joy and despair, anguish and hope, to discover the true power of love and life. With a soul-rousing, Grammy-winning score, The Color Purple is an unforgettable and intensely moving American classic. The Color Purple, based on the novel by Alice Walker and the Warner Bros./Amblin Entertainment motion picture, features a book by Marsha Norman; and music