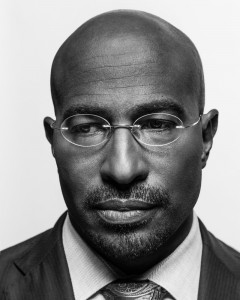 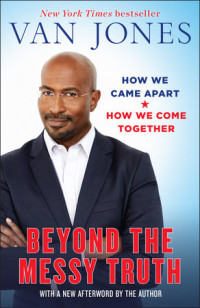 “Van Jones’ voice has become an integral part of our national political debate. He is one of the most provocative and interesting political figures in the country.”—Bernie Sanders, U.S. senator, Vermont

As part of KBOO's Fall Membership Drive News and Public Affairs Day we present Van Jones speaking at the  Sentinel Hotel in Portland about "How We Came Apart, How We Come Together." This speech was recorded on September 12th, 2018.  Hear his take on the current political climate and his thoughts on a path forward.  A longtime progressive activist with deep roots in the conservative South, Jones has made it his mission to challenge voters and viewers to stand in one another’s shoes and disagree constructively.

Van Jones has founded and led numerous social enterprises engaged in social and environmental justice, including Green For All, the Dream Corps, the Ella Baker Center for Human Rights, Color of Change, and #YesWeCode. Van Jones is a Yale-educated attorney, former adviser to President Obama, and the author of three New York Times best-selling books, The Green Collar Economy (2008), Rebuild the Dream (2012), and Beyond the Messy Truth: How We Came Apart * How We Come Together (2017). Van has received numerous awards and honors, including Rolling Stone's 12 Leaders Who Get Things Done, Fast Company's 12 Most Creative Minds On Earth, and TIME's 100 Most Influential People in the World.