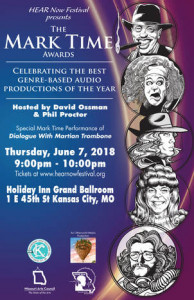 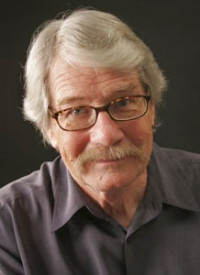 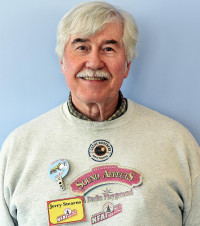 Calling all Fireheads! That's what we call fans and followers of the Firesign Theatre, and Mr. Jones himself is no exception. We love the Firesigns here in the neighborhood. And on KBOO Community Radio for that matter. In fact, the very last radio performance of the entire Firesign Theatre -- Peter Bergman, Phil Austin, David Ossman, and Phil Proctor -- was here on KBOO.

But the Firesign Theatre lives on! And today's guests  -- Brian Price and Jerry Stearns -- will be talking Firesign, especially the awards inspired by their work: the Mark Time Awards, given every two years to the best current audio theater in the genres of science fiction, fantasy and horror, mystery/detective, and, of course, comedy. Thanks to Brian and Jerry, we'll also play Great Northern Audio Theatre’s Dialogue with Martian Trombone, written by Brian and Jerry, and starring David Ossman and Philip Proctor, which was performed live at the presentation of the Mark Time Awards last June.

All that, plus a very special surprise guest. It's going to be another beautiful day in the neighborhood!

Update Required To play the media you will need to either update your browser to a recent version or update your Flash plugin.
Topic tags:
Arts/Culture, Class, Humor, Media, Radio Theater
Genre(s):
Arts and Culture, Radio Theatre, Spoken Arts