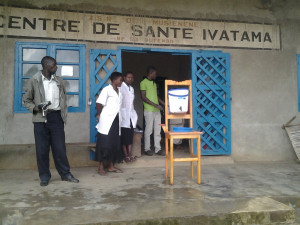 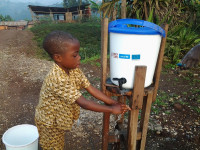 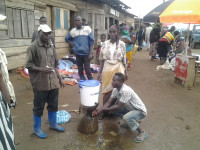 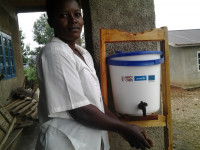 A recent outbreak of the ebola virus in North Kivu, a province in the eastern Democratic Republic of Congo, has claimed fifty lives as of August 20, and may have affected nearly two thousand people in a region that is home to around 400,000 people. Part of the international humanitarian response to the disaster--which is being coordinated by the country's Health Ministry--is Mercy Corps, an NGO based in Portland.

On Wednesday, August 22, Mercy Corps is hosting an event, Stories from the Forgotten Crisis, about their work in the DRC. The organization's Deputy Country Director for the DRC, Whitney Elmer, will be there to talk about the response to the ebola outbreak. Elmer was able to swing by KBOO studios on Monday to speak to reporter Sam Bouman about the outbreak; the particular circumstances in conflict-affected North Kivu; effective humanitarian response; and Wednesday's event.