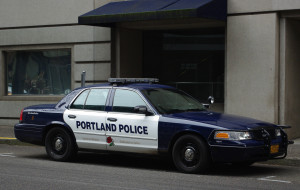 OUTLAW TO RULE ON CHALLENGES

Last Wednesday, the Citizen Review Committee, a volunteer group that hears appeals of Portland Police misconduct cases, voted to challenge decisions that let two officers off the hook for allegedly using force and issuing a traffic citation to a citizen in retaliation for photographing police vehicles. The initial incident occurred in May of 2017 on the Emerson Street side of the Bureau's North Precinct building. The complaint included 13 original allegations against Lieutenant Leo Besner and Officer Neil Parker for improper and excessive use of force, retaliation, inaccurate reporting, providing untruthful testimony, and threatening arrest for a nonarrestable offense (refusing to show ID). The officers' supervisor, Lieutenant Tina Jones, issued findings based on Internal Affairs' investigation of the case, exonerating Besner and Parker on four counts and finding the other seven "not sustained," meaning the evidence was insufficient to prove that the allegation did occur. The complainant appealed Jones' findings to the CRC, and on Wednesday August 1, the CRC challenged five of the findings, recommending that three of them be "sustained." If Chief Danielle Outlaw agrees with the challenges, as she did for a complaint that reached her desk back in January, it could lead to discipline for the officers. If not, the disagreement could be ruled on by the City Council, as happened back in February.

KBOO reporter Sam Bouman was at the August 1 hearing and has this report.

You can find a series of flow charts detailing the complaint process here.

The Mental Health Association of Portland has links relating to Lieutenant Besner's history of complaints here.