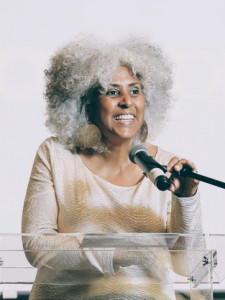 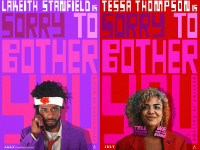 On The Ground Radio

Voices of Resistance from the Nation's Capital

Makani Themba on Russia-phobia, police brutality, the kidnapping of immigrant children and the movie 'Sorry to Bother You'...Gerald Horne on the BRICS Summit..Headlines on the Youth Climate March, #RedforFeds federal workers rally... And more....

Makani Themba is Chief Strategist at Higher Ground Change Strategies based in Jackson, Mississippi. A social justice innovator and pioneer in the field of change communications and narrative strategy, she has spent more than 20 years supporting organizations, coalitions and philanthropic institutions in developing high impact change initiatives.  Higher Ground Change Strategies provides her the opportunity to bring her strong sense of history, social justice and organizing knowledge, and deft movement facilitation skills  in support of change makers seeking to take their work to the next level.  Higher Ground helps partners integrate authentic engagement, systems analysis, change communications and more for powerful, vision-based change.

Makani has published numerous articles and case studies on race, class, media, policy advocacy and public health. She is co-author of Media Advocacy and Public Health: Power for Prevention, a contributor to the volumes We the Media, State of the Race: Creating Our 21st Century, along with many other edited book projects. Makani was chosen as one of “Ten Black Thinkers” asked to comment on Black conditions as part of the NAACP Crisis magazine’s 60th anniversary commemoration of the landmark article What the Negro Wants.  She is author of Making Policy, Making Change, and she has also co-authored with Hunter Cutting Talking the Walk: Communications Guide for Racial Justice and Fair Game: A Strategy Guide for Racial Justice Communications in the Obama Era (under The Praxis Project).

On The Ground: Voices of Resistance from the Nation's Capital (www.onthegroundshow.org) is a weekly show that brings alternative news from DC. We cover social justice activism and activists, those who are in the DC area and those who come to DC from across the nation or from across the globe to speak truth to power. Esther Iverem, creator, executive producer and host, is an award-winning journalist, poet, visual artist and activist. Her most recent book is Olokun of the Galaxy, a book of poetry and visual art about honoring Earths oceans and ecosystem and those who perished or descended from the Atlantic Slave Trade. (Seeing Black Press).