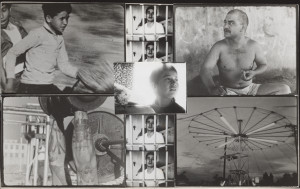 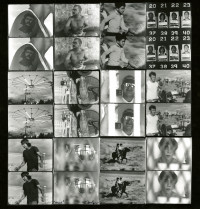 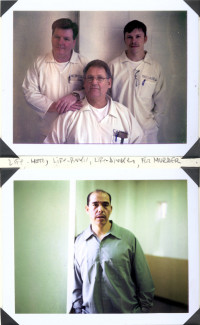 In advance of his films Willie and Murderers screening at Portland' Hollywood Theater July 18th, the influential photographer and filmmaker Danny Lyon spoke on the phone with Art Focus's Amanda Clem, from his home in Bernalillo New Mexico.

- - -
Born in 1942 in Brooklyn, New York, Lyon is a photographer and filmmaker working in the style of New Journalism. As the photographer for the Student Nonviolent Coordinating Committee (SNCC) in the ‘60s, Lyon documented major historical events of the Civil Rights Movement. His restless urge to seek out complex social stories led him across America, creating multi-year photographic studies of Texas prison inmates and Chicago biker culture. He brings the same raw intensity and vision to his documentary film work.

His storied career has been the subject of a recent retrospective at the Whitney Museum of American Art.

Linked by the harshness of American incarceration and deep empathy for the complexity and chaos of life at the fringes, these two films exemplify Lyon’s legacy as an ally to outlaws and outcasts everywhere.

Murderers (Arkansas and New Mexico, 2005, digital video, 30 minutes, color), shares the stories of five murderers in three different states: Jessie, newly out in NYC after serving eight and half years for beating a man to death with a baseball bat. Michael Guzman (Willie’s friend from the earlier film), incarcerated 25 years now, opening up about his abusive childhood. Pinkie, who has spent eight years on Death Row. Mojo, 13 years since his conviction of accomplice to a friend’s murder of his adoptive parents. Finally, Harold Davey Cassel, a.k.a. Dinker (who is featured in Lyon’s book “Like a Thief’s Dream”), implicated in his burglary partner’s murder of a policeman.

This program was put together by artist Vanessa Renwick, with PMOMA. Lyon will conduct a short conversation with Renwick and audience Q&A afterwards.

Update Required To play the media you will need to either update your browser to a recent version or update your Flash plugin.
Download audio file
Topic tags:
Arts/Culture, Civil Rights/Human Rights, Film, Prison