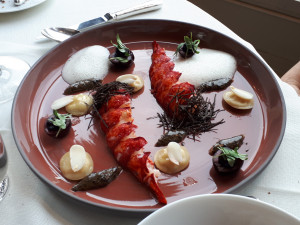 June 25th, 2018, Socialist Alternative and Democratic Socialists of America are sponsoring a rally to Drown Out Jordan Peterson! The Portland Peace Team will also be there, and so, we hope, will many others, at the Keller Fountain Park, Southwest 3rd avenue in Portland between southwest Clay and Market streets, at 6:30pm.  Keller Fountain Park is across the street from Keller Auditorium, where Jordan Peterson will be speaking tonight.

Peterson, a professor at the University of Toronto,  first came to public prominence for his objections to a Canadian bill to add gender identity and gender expression to the categories protected from discrimination under Canadian human rights law.   He misinterpreted this law as requiring him to address trans students by their preferred pronouns, a possibility unrelated to the actual law, and anyway one that could be easily avoided by using students’ names.

Peterson is also commonly described as a clinical psychologist, although  fortunately he is not currently practicing.  Earlier this year it was reported that he was the subject of a  professional misconduct complaint to the College of Psychologists of Ontario,  concerning the quality of his service, possible violation of doctor/patient boundaries, and problems in  the way he communicates with patients. Further details remain confidential, as he has agreed to pursue a  plan for clinical improvement.

Peterson sometimes likes to descibe himself in addition as a member of an indigenous tribe, and therefore someone who could not be racist, but that claim has been debunked. Robert Jago in The Walrus points out that  Peterson’s friendship with native artist Charles Joseph, and participation in a blanketing ceremony, do not make him a tribal member.   His claim not to be racist might also be understood as debunked by his tweet suggesting that native people are alcoholics and thieves.

But  Peterson is a hugely popular champion of a certain fantasy of white, western, male-dominated culture.  He suggests that the goals of gender and sexual diversity and equality link to a Marxist project to destroy Western culture, or something.  He proposes that patriarchy is natural and right because men are more competent than women are to run the world—a view that it seems to me might be easily disproved by simply taking a good look at the shape the world is in.  Like Joseph Campbell or Robert Bly, he takes old myths and stories as offering timeless truths about gender hierarchy and heroic individualism, and like them, he can do so because he ignores the vast numbers of stories and interpretations that don’t fit his narrow paradigm.  Like them, too, he appeals to a real need for meaning in the world, but does so in ways that align with forces on the right wing.

Several writers have noted that Peterson’s status does not reflect well on the state of public intellectual life or on the coherence or savvy of the left, which should be offering more appealing alternatives.

Peterson has a huge following on YouTube and Patreon as well as a bestselling book titled 12 Rules For Life: An Antidote to Chaos, in which he argues that chaos is feminine, order is masculine, and people are like lobsters.

Yeah, lobsters: apparently their territorial struggle to be at the top of the lobster hierarchy resembles the dominance conflicts in human society, where it is somehow inevitable and right that the strongest hoard most of the resources.

Harrison Fluss in Jacobin notes that

He reduces class conflict to a natural and eternal struggle for existence that no political or economic revolution could ameliorate. The individual lobster — sorry, human — must develop an aggressive, alpha-male attitude in order to climb the social ladder. Peterson bases his worldview on one example from the animal kingdom — an example belied by other instances in which animals engage in mutual aid and cooperation.

And,  as Nathan Robinson suggests in Current Affairs, for a man to emulate a lobster is like a woman treating the existence of the praying mantis as a license to eat her husband[‘s head off]. https://www.currentaffairs.org/2018/03/the-intellectual-we-deserve

For more about other kinds of animal behavior, see the work of Peter Kropotkin on Mutual Aid

or the work of Joan Roughgarden on Social Selection in her book Evolution’s Rainbow.

Anyway, I confess I really want to mock the lobster thing, too, maybe bringing in a reference to the lesbian moon lobster, that translucent pearl lobster caught and released off the coast of Maine last fall

But maybe a better lobster reference here is the 2016 film by Greek director Yorgos Lanthimos.

Part of the Greek weird wave, it’s a surreal, absurdist tale of a bizzare authoritarian world in which single people have 45 days to find a mate or else they’ll be turned into an animal. (The central character has chosen to be made into a lobster).  But instead he runs away from the singles hotel and joins the loners, only to find out that their group rules are just as draconian as those of the world of couples, only in reverse.

Kenan Behzat Sharpe, writing in blindfield journal, connects the film to the Greek debt crisis and the more general crisis of capitalism, pointing out that

we encounter the same logic of the double-bind everywhere from our intimate relationships and our debts to our electoral choices and political positions. . . .

The logic of the pseudo-choice, the false bind, the catch-22, is ubiquitous in our contemporary moment, from the Greek referendum to Brexit. Everywhere we turn we are confronted with two (and only two) options: Yes or No, Remain or Leave, Neoliberalism or Neofascism, International capitalism or Nationalist chauvinism, Sociopath or Psychopath, Clinton or Trump. As in an optical illusion, the longer you stare at them, the more similar these options begin to appear. Any attempt to reject this logic, to form a more complex position, to insist on nuance, to develop a Plan B or C or D, is shouted down for supposedly giving strength to the enemy side. This is capitalist realism at its finest....

And this is why The Lobster is a timely film, both for Greece and for the world. It is a cautionary tale, reminding us that both options spell only boredom and immiseration and death for those who are already most vulnerable. The dystopian nightmare The Lobster presents us with is one we already live in. We must wake up.

in these chaotic times, we’re asked to choose between unacceptable alternatives --(separate parents and children or incarcerate whole families together indefinitely? No.)—we have to say no to those false choices and demand [and create]  something different and better.

The invitation to the event reads,

Fight back against patriarchy and transphobia!

Join Socialist Alternative and the Democratic Socialists of America as we stand up against notorious misogynist Jordan Peterson, who will be spewing his hateful ideology on June 25th at the Keller Auditorium. Peterson is a Toronto-based professor infamous for his rejection of women’s and trans equality.

He also celebrates patriarchy as the [quote-unquote] “natural” order of society and wants us to revert to a time when women were subordinate to men and trans and non-binary gender identities were completely marginalized. Instead of going back to the gender norms of the [19]50s, we should be creating a world where everyone is respected and everyone has their basic needs met.

Let's show the world that Portland has no place for bigotry in any of its forms, and that we will stand together to fight for equality and dignity for all!

*Build a mass movement to fight patriarchy and gender-based oppression!

*Fight for the economic and social equality of women and other oppressed identities!

Portland Peace Team will be marshaling this protest, ensuring that it stays peaceful and disciplined with no direct confrontations with Peterson supporters.

Dorian Lynskey, How Dangerous is Jordan B Peterson, the Rightwing Professor who Hit a Hornet’s Nest?

Update Required To play the media you will need to either update your browser to a recent version or update your Flash plugin.
Download audio file
Topic tags:
Activism, Gender, Race