Ebony and Ivy: Race, Slavery, and the Troubled History of America's Universities 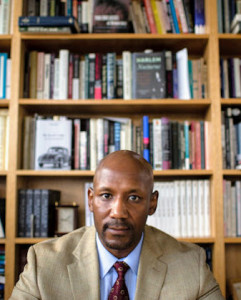 Today, a special one-hour interview with MIT professor of history, Craig S. Wilder. We discuss his book, "Ebony and Ivy: Race, Slavery, and the Troubled History of America's Universities." Professor Wilder reveals the all to hidden relationship between some of the country's most elite centers of learning and the institution of slavery. How were universities like Harvard and Yale complicit in one of the most tragic chapters of U.S. history?

From the New York Times:

"When Craig Steven Wilder first began digging around in university archives in 2002 for material linking universities to slavery, he recalled recently, he was “a little bashful” about what he was looking for.

But as he told the archivists more, they would bring out ledgers, letters and other documents.

“They’d push them across the table and say, ‘You might want to take a peek at this,’ ” he said. “It was often really great material that was cataloged in ways that was hard to find.”

Now, more than a decade later, Mr. Wilder, a history professor at the Massachusetts Institute of Technology, has a new book, “Ebony and Ivy:Race, Slavery, and the Troubled History of America’s Universities,” which argues provocatively that the nation’s early colleges, alongside church and state, were “the third pillar of a civilization based on bondage.”

He also has a lot more company in the archives. Since 2003, when Ruth Simmons, then the president of Brown University, announced a headline-grabbing initiative to investigate that university’s ties to slavery, scholars at William and Mary, Harvard, Emory, the University of Maryland, the University of North Carolina at Chapel Hill and elsewhere have completed their own studies.

And that tide is far from over. Last spring, a historian at Princeton began an undergraduate research seminar on the little-explored connections between that university and slavery. In September, the president of the University of Virginia announced a 27-member commission charged with recommending ways to commemorate the university’s “historical relationship with slavery and enslaved people,” in advance of its bicentennial, beginning in 2017.

But Mr. Wilder, scholars say, seems to be the first to look beyond particular campuses to take a broader look at the role of slavery in the growth of America’s earliest universities, which, he argues, were more than just “innocent or passive beneficiaries” of wealth derived from the slave trade."