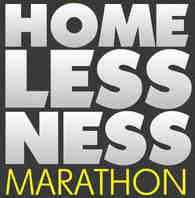 America's only national broadcast focusing on homelessness and poverty.

in conjunction with The Poor People's March in Washington DC.

2-3pm Helena Liikanen-Renger, Press Counselor for the Embassy of Finland will discuss how it happens that Finland is housing all of its rough sleepers, while the rest of Europe is in a homelessness crisis.

3-4pm “We Got The Power:  Lessons in the Fight Against Poverty for Women and Girls” – Guest Host, Carmen Berkley

4-5pm  Attorney Jason Flores, who is suing Denver on behalf of the homeless.  Then journalist and activist Mike Rhodes with an update on homelessness in Fresno.

5-6pm  A conversation with Bill Higgins, a former submarine officer who became homeless (right before Trump took office, he told us how happy he was that Ben Carson was to be HUD Secretary, but that’s not what he says today).  Then, attorney Judith Berkan, will speak from Puerto Rico on hurricane recovery.

7-8pm Kent Anderson, Chief High Risk Services Officer, Waikiki Health, will report some facts on just how young kids there are when they become homeless and what happens to them.  Then a look at homelessness in Portland, ME.

Update Required To play the media you will need to either update your browser to a recent version or update your Flash plugin.
Download audio file
Topic tags:
Activism, Education, Housing/Homelessness, Media