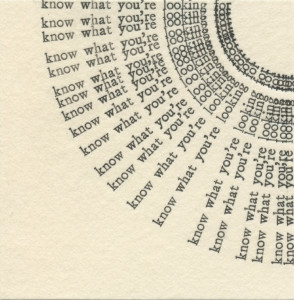 Art Focus host Amanda Clem speaks with Portland artist Alyson Provax about her artistic practice, The Bachelor, and her exhibition you i everything else — on view at Wolff Gallery May 2nd - July 1st, 2018

ARTISTS STATEMENT: you i everything else

Sometimes I have the feeling that my experiences are not fully my own, that I have borrowed feelings from the past. This has lead to a personal interest in epigenetics as I search for the parts of myself that are relics from the experiences of my ancestors or my earlier self. A similar phenomenon is visible on The Bachelor: current contestants repeat the words and phrases of past contestants, experiencing the others’ feelings. I think we watch these shows because of this repetition and the comfort of that predictability. In 1993 David Foster Wallace wrote about the irony of being told to “act natural” on tv because acting as though you are not being watched is a learned skill. We’ve spent the intervening 25 years collectively practicing this skill, and as a culture are now much better at acting natural.

To paraphrase Olivia Laing, loneliness exists not in solitude but in concealment. The idea that we should be a consistent and watchable self is a form of this loneliness. We are all inconsistent, the individual self is neither static nor true.

Alyson Provax is a printmaker and an animator. She was born in California in 1984 and lives and works in Portland, Oregon. She has shown regionally at Wolff Gallery, Upfor Gallery, Bridge Productions and the Whatcom Museum, nationally at A.I.R. Gallery and The Untitled Space in New York, and internationally at the Blueproject Foundation in Barcelona. Her work appeared in articles about artists’ responses to the 2016 election in New York Magazine, Newsweek, and ArtSlant. In May 2018 her work will also be on view as a part of A LONE curated by Vignettes and Gramma in Seattle.