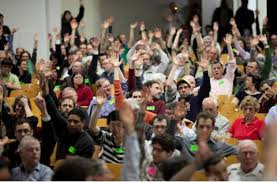 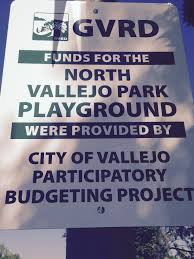 On this episode of Locus Focus we learn more about Participatory Budgeting from guests Jim Labbe, a Portland community organizer currently teamed up with Healthy Democracy and the Rosewood Initiative, and Brian Wampler, a professor of political science at Boise State University’s School of Public Service. They are both involved in organizing and hosting a one-day policy forum on April 14 entitled “Bringing Participatory Budgeting to the Portland Region.”

Brian Wampler is a professor of political science at Boise State University’s School of Public Service. His research and teaching focuses on Brazil and Latin America, having lived and conducted research in Brazil, Mexico, and Spain. His extensive research on democracy, participation, civil society, and institution building has been published in a variety of academic journals and funded by the National Science Foundation, the Fulbright program, Ash Center for Democracy at Harvard University, the World Bank, and Boise State University.  Brian has published two books, Participatory Budgeting in Brazil: Cooperation, Contestation, and Accountability (Pennsylvania State University Press 2007) and Activating Democracy in Brazil: Popular Participation, Social Justice and Interlocking Institutions (University of Norte Dame press, 2015). He lives in Boise, Idaho with his family.

Jim Labbe is a life-long Oregon resident who has worked with and for a variety of conservation organizations including Audubon Society of Portland and Depave doing advocacy, research, and community organizing. He currently is teamed up with Healthy Democracy and the Rosewood Initiative to organize and host a one-day policy forum on April 14 entitled “Bringing Participatory Budgeting to the Portland Region.” He lives in North Portland with his family.

Update Required To play the media you will need to either update your browser to a recent version or update your Flash plugin.
Download audio file
Topic tags:
Activism, Community Building, Government/Politics