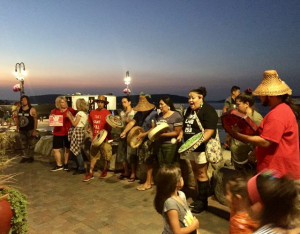 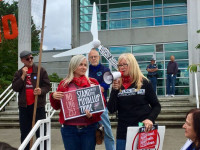 Tacoma, Washington is one of the few cities in the Northwest where there is a long legacy of heavy industrial contamination. The fossil fuel industry plays a big role in the local economy, but Tacoma residents have also begun to fight back against further fossil fuel development. Two years ago community activism stopped the world's largest methanol refinery from being built, but meanwhile plans quietly moved forward to build a new liquid natural gas (LNG) facility at the Port. This current project is facing fierce opposition from the Puyallup Tribe as well as many local residents.

On this episode of Locus Focus, we talk with Claudia Riedener, an organizer with Redefine Tacoma, an organization that fights for environmental justice and advocates for clean energy, clean industry, and clean jobs, in a city that has a long history of just the opposite.