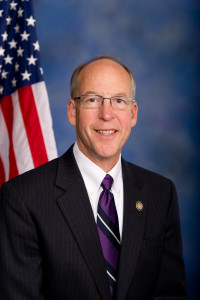 Today, Oregon Senator Ron Wyden asked the National Rifle Association (NRA) and the US Treasury Department for documents that relate to alleged Russian efforts to funnel money to the Trump campaign. This is one week after the McClatchy news service reported that the FBI is investigating a specific Russian banker’s attempts to influence the election by giving money to the US’s biggest gun lobby group.

Tomorrow, Oregon’s only republican national lawmaker, 2nd District Representative Greg Walden, is appearing at an event near the airport called the Freedom Rally. It is hosted by the Oregon Liberty Alliance, a pro-gun group, and also features a number of notable NRA event regulars.

A coalition of local activists quickly organized a protest of the event after Wyden’s announcement today. The protest will take place from 11:15 AM to 2 PM, at the Holiday Inn near the airport, 8349 Columbia Blvd.

KBOO spoke with one of the organizers, Rebecca Cohen, for this story: