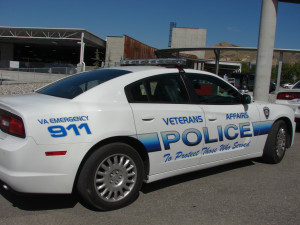 A veteran who may have been suffering from mental distress was shot by police at the Department of Veteran's Affairs' Southern Oregon Rehabilitation Center in White City yesterday. At this time, little is known beyond the information released by the Jackson County Sherriff’s Office.

According to their press release, when 34-year-old Gilbert Matthew Negrete arrived at the White City VA Thursday morning for a scheduled appointment, he was agitated and making statements characterized as “paranoid and generally incoherent”. Staff called the VA Police and by the time they responded Gilbert Negrete had produced a knife.  According to the Jackson County Sherriff’s office Mr. Negrete began threatening staff, and the VA police “used multiple applications of less lethal force options” before an officer shot Negrete in the chest.

However, Shawn Quall, who witnessed the shooting, told the Medford Mail-Tribune that he’d been walking down the main hallway when he overheard Negrete yelling at reception staff about a missed appointment.  Quall says he then heard someone yell, “He’s got a knife,” and then a loud shot.

According to Quall, Negrete then fell to the ground holding his stomach.

Mr. Negrete was transported to the Rogue Regional Medical Center. He is expected to recover from his injuries at which point he will be sent to the Jackson County Jail on multiple charges including menacing and disorderly conduct.

The incident is under investigation by the Jackson County Major Assault and Death Investigation Unit.