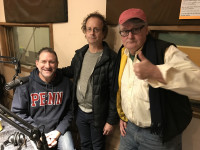 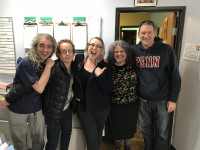 Monday Sampler host Fortunato welcomes Kevin McDonald of The Kids in the Hall and David Koff, artistic director of Fake Radio, as they talk about their live on-stage version of "It's A Wonderful Life".

The kind folks at Fake Radio, who have been performing this show annually in Southern California since 1999, are  bringing the production to the Portland area for the first time. There will be three performances – Monday and Tuesday, December 11th and 12th, at Portland’s Alberta Rose Theatre, and Wednesday, December 13th at the Vault Theater in Hillsboro.

Update Required To play the media you will need to either update your browser to a recent version or update your Flash plugin.
Download audio file
Topic tags:
Humor, Radio Theater, Arts/Culture
Genre(s):
Spoken Arts