The Digital Divide: Ellen Ullman on Life in Code 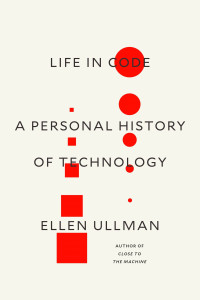 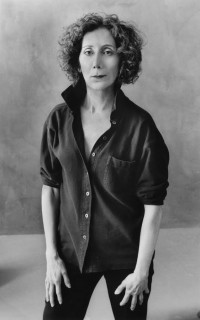 Ellen is both a techie and a masterful writer. After earning an English degree at Cornell in the early 70’s, she’s worked professionally as a programmer and software engineer, starting back in the early days of personal computing. In fact, she was one of the few female programmers at the time.

Life in Code is Ellen’s fourth book, a kind of memoir in essays. She’s also the author of the memoir Close to the Machine: Technophilia and Its Discontents, and two novels – By Blood, published in 2012 and a New York Times Notable Book of the Year, and The Bug, which was a runner-up for the PEN/Hemingway Award for a first work of fiction. And her essays and articles have appeared in publications such as Harper’s, Wired, the New York Times, and Salon.

A long-time resident of San Francisco, Ellen has witnessed, and describes in her writing, the radical changes, both to the computer industry and her home city over the past 40 years, along with a few things that unfortunately never seem to change. And we’ll cover several of those observations in today’s show.

Update Required To play the media you will need to either update your browser to a recent version or update your Flash plugin.
Download audio file
Topic tags:
Arts/Culture, Gender, Science/Technology
Genre(s):
Spoken Arts