The Costs of War 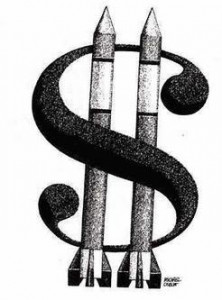 The Costs of War Project is a team of 35 scholars, legal experts, human rights practitioners, and physicians, which began its work in 2011. They use research and a public website to facilitate debate about the costs of the post-9/11 wars in Iraq and Afghanistan, and the related violence in Pakistan and Syria. There are many hidden or unacknowledged costs of the United States’ decision to respond to the 9/11 attacks with military force. They aim to foster democratic discussion of these wars by providing the fullest possible account of their human, economic, and political costs, and to foster better informed public policies.

Neta C. Crawford is the author of Accountability for Killing: Moral Responsibility for Collateral Damage in America's Post-9/11 Wars (Oxford University Press, 2013). Crawford is also the author of two books, Soviet Military Aircraft (1987) and Argument and Change in World Politics (2002), named Best Book in International History and Politics by the American Political Science Association. She has written more than two dozen peer reviewed articles on issues of war and peace. Crawford has served on the governing Board of the Academic Council of the United Nations System, and on the Governing Council of the American Political Science Association.

Some of the Costs of War Project’s main findings include: