Press**Watch: Your news is now censored by robots. 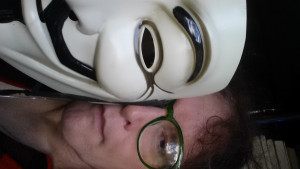 news you're not supposed to know

Today I will speak with Julianne Tveten, a journalist and commentator writing for Current Affairs, In These Times, Truthout, and other major publications.  Tveten has published a piece in InTheseTimes.com titled "How the “Fake News” Scare Is Marginalizing the Left: Unaccountable tech companies are defining the parameters of acceptable discourse."

Also: Street wars:  The Trump Administration is aware that it lost the popular vote, and that it must now rule as a minority, in the style of the DeKlerk apartheid regime.  To that end, Trump regularly gives dog-whistle statements and gestures, and enacts threats and punishments to Spanish speakers, Blacks, transgender, and Muslim persons.  Police departments across the nation have reacted with delight and enthusiasm, forming a de facto fighting bloc with Klan and Nazi Alt-Reich types. Courts are fighting back, but Trump has an ace up his sleeve: he can start new wars, most notably and immediately with North Korea and Iran.  I will be joining Ani Haines and others speaking on this topic and more, this Saturday evening at the Sunnyside Community House, 3520 SE Yamhill. The event is called Current Wars, New Wars, Street Wars, and it is sponsored by the Peace and Justice Works Iraq Affinity Group.  For more information call 503-236-3065 or go to pjw.info.  I