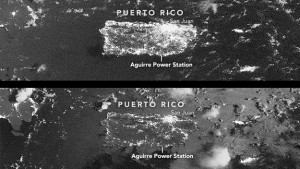 There are many barriers that face the relief efforts in the growing crisis in Puerto Rico. One of which includes their already huge debt crisis. A lot of the debt is owned by American Hedge Funds on Wall Street. One of the hedge funds owns the debt of the Puerto Rico Power Authority, also known as PREPA. PREPA has already suffered cutbacks that affected an already outdated power grid, and has had its death nail handed to it by Hurricane Maria. Most of the country is in darkness, and it can stay that way for maybe more than 6 months. The Hedge Fund has offered PREPA a loan of one billion dollars and to cancel up to 150 million dollars of pre-existing debt of their existing nine billion dollars of debt. The new loan would not need any payments to be given for about two years. Before Hurricane Maria, PREPA needed nearly four billion dollars to update their system on top of the nine billion in debt.

According to KPTV, local elementary school Menlo Park in Northeast Portland has been a recent victim of racially motivated graffiti. The school was found to have been egged on several sides and was covered in graffiti. A port-a-potty used by the soccer team for after school hours was torched to the ground. The custodian found the graffiti earlier Thursday morning and were able to remove most of it before school started that day. Nobody is sure when the crime took place, and who committed them.

Drinking from Puddles
Drinking From Puddles for 12/08/2021