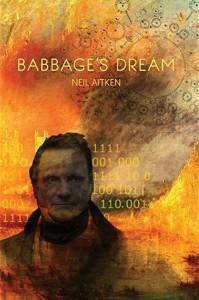 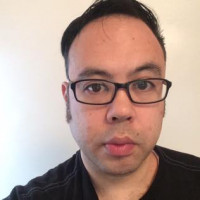 "In stunningly elegant couplets, Neil Aitken transposes the dreams of machines and humans into musical, sonically deft lyrics that sing songs of ccreation, vision, possibility, futurity. These beautifully crafted poems -- evoking the designs of nineteenth-century mathematician Charles Babbage, who conceptualized the first mechanical programmable computer -- explore the tautologies between mathematics and song, science and lyric, the rational and the passionate, dystopia and hope. In the infinite tape loop of memory and imagination, Babbage's Dream posits a Turing Test in which the reader circles both anxiously and gloriously through aspects of making, maker, and the made." -- Lee Ann Roripaugh, Author of Dandarians

Neil Aitken is the author of Babbage’s Dream (Sundress Publications, 2017) and The Lost Country of Sight (Anhinga Press, 2008), winner of the Philip Levine Prize. Of Chinese, Scottish, and English descent, he was born in Vancouver, British Columbia, and grew up in Saudi Arabia, Taiwan, and various parts of western Canada. His poems have appeared or are forthcoming in The Adroit Journal, American Literary Review, The Collagist, Crab Orchard Review, Ninth Letter, Southern Poetry Review, and elsewhere. A former computer programmer and a proud Kundiman fellow, he is the founding editor of Boxcar Poetry Review, administrator of Have Book Will Travel, and co-director of De-Canon: A Visibility Project. He also translates contemporary Chinese poetry and serves on the editorial board of Poetry East West, an international journal of bilingual translation. After spending many years working and studying in southern California, he now lives and teaches just outside Portland, Oregon.

Update Required To play the media you will need to either update your browser to a recent version or update your Flash plugin.
Download audio file
Topic tags:
History, Poetry