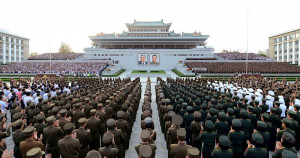 Despite the continuous threats from North Korea, President Trump plans to impose more sanctions onto the small country. The executive order allowing for further sanctions would enhance the Treasury Department's authority to target individuals or businesses that deal with a lot of trades with North Korea, along with placing new limits in an effort to prevent sanctions evasion. Trump admits that North Korea's nuclear program is a large threat to peace and security, and it is unacceptable that others support the North Korean regime. However, the president also does not desire a military conflict. He'd rather put pressure on them economically instead of militarily.

A southern California woman who was battling leukemia has been unable to obtain a stem cell transplant from her sister in Vietnam after the U.S. thrice now denied her application for a visa. Helen Huynh was diagnosed with leukemia in February and was told that the transplant would give her at most 5 more years to live. Finding a donor with even a 70 percent match would be a miracle, but they ended up finding an 100 percent match in Huynh's sister, Thuy Nguyen, who was in Vietnam. Even though Nguyen repeatedly submitted requests for a visa, she was denied entry. She even requested an emergency temporary medical via, but was still denied. Yvonne Aivan Murray who is Huynh's daughter said quote, "For the U.S. government to not make an exception for medical reasons is ridiculous. I'm not saying it's a race thing, I'm saying it's because of the policy we have with less developed countries. It's a flaw in the visa process, and it needs to change."