Graeme MacQueen, 9/11: The Pentagon's B Movie 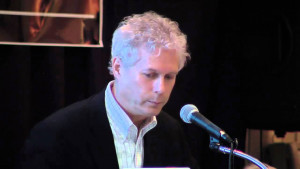 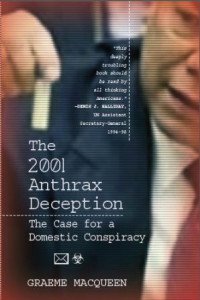 Graeme MacQueen shows how the 9/11 attacks were a psychological manipulation on Americans to get U.S. citizens to accept loss of civil rights and support endless war.

This is my fourth episode in my series on 9/11. Most will dismiss this as a conspiracy theory as the CIA and its obedient media have instructed us. But some will open their minds and face the evidence. Opening minds is what we do on Progressive Spirit.

Already in this series, I have spoken with psychotherapist, Frances Shure, who is writing a series of articles entitled, “Why Do Good People Become Silent or Worse About 9/11.” We talked about the psychological blocks that keep us from information that shakes our world view.

I have also spoken with David Ray Griffin, sometimes called the grandfather of the 9/11 truth movement, about his latest book, Bush and Cheney: How They Ruined America and the World.

Published in August 2017, this is professor Griffin’s twelfth and likely last book on 9/11. He details the lies that we all know were told by the Bush administration in leading the US to a global war on terror and all that has resulted including the shredding of the constitution, killer drones, torture, and the toppling of governments. Griffin shows that this destruction is based on lies and miracles and asserts that until we face the truth of 9/11, we will be powerless to address the destruction the US continues to unleash on the world.

Dr. Niels Harrit was also in my 9/11 series to discuss the chemistry and physics of the collapse of the three world trade center skyscrapers.  He is retired Associate Professor of Chemistry at the University of Copenhagen and first author of “Active Thermitic Material Observed in Dust from the 9/11 World Trade Center Catastrophe” published in the Open Chemical Physics Journal in 2009. We discussed the thermite, thermate, and nanothermite discovered in the dust of the world trade center towers, his evaluation of the reports released by National Institute of Standards and Technology (NIST), and the work of the 9/11 Consensus Panel.

An interview forthcoming is with Dr. Leroy Hulsey, Chair of University of Alaska Fairbanks Civil and Environmental Engineering Department, who in early September 2017 released a draft report of the science behind the collapse of World Trade Center Tower 7.

In this episode I speak with Graeme MacQueen, author of the The 2001 Anthrax Deception: The Case for a Domestic Conspiracy. In this book, he provides evidence that the anthrax attacks and the 9/11 attacks, both of which scared the American people into war, were carried out by the same people – people highly placed in the U.S. government.

We will discuss that book as well as two articles he published this year, “9/11: The Pentagon’s B-Movie” and “The ‘Inside Job’ Hypothesis of the 9/11 Attacks: JFK, 9/11 and the American Left.”

Dr. Graeme MacQueen is the former Director of the Centre for Peace Studies at McMaster University in Hamilton, Ontario, Canada. He was an organizer of the Toronto Hearings on 9/11, is a member of the Consensus 9/11 Panel, and is a former co-editor of the Journal of 9/11 Studies.