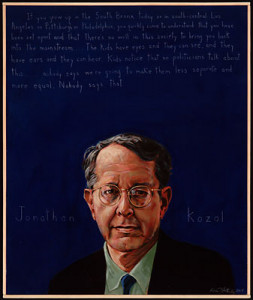 The Austrian-born economist Friedrich von Hayek may be intellectual godfather of neoliberalism: present-day right-wing economics. His book, The Road to Serfdom, is considered to be the bible of anti-government, free market ideas and the privatization of just about everything. From war to prisons, a core goal of neoliberalism is: Let the private sector do it. And there are few bigger targets than public education. The 50 million students who attend public schools are viewed as products and commodities. Under the banner of “choice,” the regime in Washington, according to Diane Ravitch, noted NYU professor, wants “to shrink the Department of Education, with the ultimate goal of getting rid of it entirely.” The neoliberals want cuts in the education budget for public schools and more taxpayer money to go to charter schools and to vouchers for private and religious schools.

For decades, as a public school teacher and author, Jonathan Kozol has documented inequities in the U.S. education system. He won the National Book Award for Death At An Early Age. His other books include Amazing Grace, Illiterate America and The Shame of the Nation.