UN Nations Agreed to Be On High Alert After Emergency Meeting 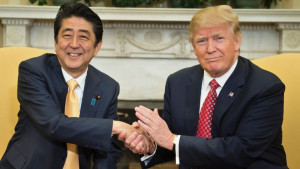 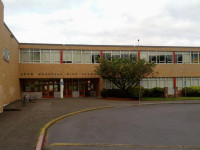 The UN Security Council had an emergency meeting last night about the North Korean missile launched over Japan. Nearby nations and UN states are on high alert with Secretary of Defense James Mattis saying quote, "We're never out of diplomatic solutions." after he spoke to the Defense Secretary of South Korea. A conversation took place between Japan's Prime Minister Shinzo Abe and President Trump which allowed the two to affirm a strong alliance against South Korea's northern neighbor. Among many other neighboring nations, the United States is very aware of the danger North Korea is, and is prepared to push forward if Kim Jong Un forces their hand.

In the Bay City area of Texas, residents have already been ordered to evacuate because of Harvey. The town's biggest and one of the most important employers, the two nuclear power plants of the South Texas Project however are still running without signs of stopping. Local environmental groups have repeatedly warned the companies to immediately shut them down because of the nearby embankment being at risk of flooding. The reactors could easily be overwhelmed by the flood waters and torrential rains, which simultaneously could overwhelm the cooling water reservoir that keeps the nuclear reactors from overheating. This could easily lead to a very dangerous meltdown. Already, the nearby Colorado river is cresting at dangerously high levels, flowing much, much faster than the normal rate.

The Oregonian has reported that at least 3 current students and 2 other women have claimed that a Marshall Highschool teacher had sexually harassed and forced himself upon them. The trio of students going to Marshall report that it was recent, while the 2 older women report that this sexual harassment happened back in the 1980s when they were students. Mitch Whitehurst, the man accused of the sexual harassment, was said to have leered, made suggestive remarks and made several requests for oral sex. Oregon Live reports that a 17 year old student had previously reported him but there were no actual records showing the lawyer had even investigated the matter or even talked to the girl which allowed Whitehurst to go unpunished. Several, similar cases like this have happened over a 13 year period where school and district officials repeatedly denied the claims toward Whitehurst and dismissed complaints. As the school year starts, district leaders promise to make changes that they believe will make it easier for reports to go through, thus making it harder to ignore.