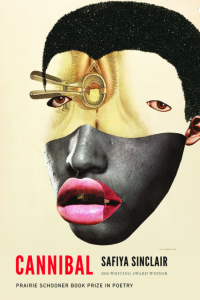 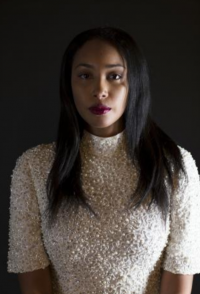 "Safiya Sinclair, a 2016 Whiting Writers’ Award–winner, crafts her stunning debut collection around the beauty and brutality of the word cannibal, whose origins derive from Christopher Columbus’s belief that the Carib people he encountered consumed human flesh. Attacking this dehumanizing judgment born from white entitlement and denouncing the idea that blackness is synonymous with savagery, Sinclair ponders such questions as, How does a poet get inside the head of Shakespeare’s Caliban? How would Caliban define blackness without the filter of a white man’s bias? In the poem “Mermaid,” Sinclair shows how history is more than a time line; it’s the ghosts that haunt a family and the memories that live in their veins. She notes how the English attempted to stamp out Jamaican culture as if it were a weed, yet it grew “back thick, tenfold, and blackened with the furor of a violated man.” Sinclair’s vibrant imagery and arresting diction injects inanimate objects with soul; sunsets, islands, beaches, and wind are stirred to life. More than a connection to nature, water becomes a safe haven: “my grandmother’s wet skirt cast a web across// the sea.” This is a tight, focused collection, and through her visceral language Sinclair paints the institution of white supremacy as not just an individualized phenomenon, but as a ruthless and menacing force. "--Publisher's Weekly (Starred Review)