Joseph Gallivan interviews Julia Dolan about the show Representing: Vernacular Photographs of, by, and for African Americans. 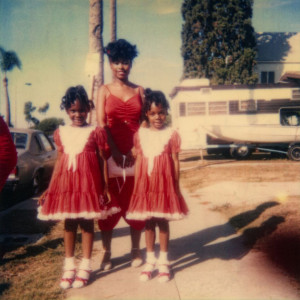 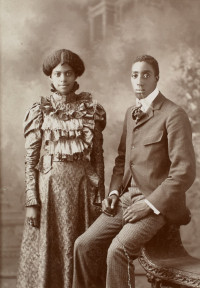 Joseph Gallivan interviews Julia Dolan about the show Representing: Vernacular Photographs of, by, and for African Americans,

On Tuesday, August 1, 2017, at 11.30am Joseph Gallivan interviews Julia Dolan about the show Representing: Vernacular Photographs of, by, and for African Americans,  which just opened at the Portland Art Museum.

Many of the early photographs come from the estate of a prominent North Portland couple, Carl and Judge Mercedes Deiz.

Representing: Vernacular Photographs of, by, and for African Americans brings together studio portraits from an important North Portland family album, vernacular snapshots, and Polaroids to demonstrate the rich diversity of African-American life and experience from the late 1800s through the 1990s. Throughout the history of photography, the representation of African Americans has been problematic and, until recently, understudied. During the 19th and 20th centuries, negative depictions of African Americans published in the popular press distorted white audiences’ understanding of black life and culture. Personal, everyday photographs made by, for, and of African Americans, rarely seen by wider audiences, serve as important counter-images to the stereotypical media portrayals of the time.

Together, these varied and personal photographs, produced throughout the United States during significant eras of the country’s history, challenge racial stereotypes and assumptions, and demonstrate how African Americans chose to portray themselves.

Organized by the Portland Art Museum and curated by Julia Dolan, Ph.D., The Minor White Curator of Photography.

This show was recorded at KBOO July 2017

Update Required To play the media you will need to either update your browser to a recent version or update your Flash plugin.
Download audio file
Topic tags:
African American, Arts/Culture