Hands Up and Kevin Jones 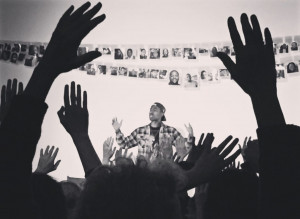 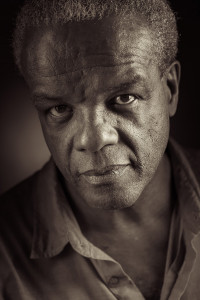 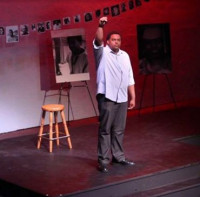 Dmae features Kevin Jones, artistic director of the August Wilson Red Door Project and actor Alonzo Chadwick and their ground-breaking touring production of Hands Up: 7 Playwrights, 7 Testaments. The seven autobiographical monologues of this remarkable production were written by seven different Black playwrights who were originally commissioned by The New Black Fest in New York City after the deaths by police of Michael Brown in Ferguson, Missouri and John Crawford III in Beavercreek, Ohio. The production has toured throughout Portland and Oregon and create a new model for community transformation through facilitated post-show conversations about police shootings and racial equity. Hear an excerpt performed by Chadwick!

The seven monologues are:
Superiority Fantasy by Nathan James
Holes in My Identity by Nathan Yungerberg
They Shootin! Or I Ain’t Neva Scared…by Idris Goodwin
Dead of Night… The Execution of…by Nambi E. Kelley
Abortion by Nsangou Njikam
Walking Next to Michael Brown by Eric Holmes
How I Feel by Dennis Allen II

Free and open to the public. Donations accepted at the door. Reservations recommended and available here.

Kevin Jones is the  co-founder and artistic director of The August Wilson Red Door Project – an organization that uses art as a catalyst to transform the racial ecology of Portland. He is a communication consultant with over 20 years experience working with organizations such as IBM, Nike, and Catholic Healthcare West

Locally he has performed at Artists Repertory Theatre, Portland Center Stage, Third Rail Repertory Theatre and Portland Playhouse where he received a Drammy Award for Performance in a Supporting Role for his heartwarming performance of Old Joe in Radio Golf by August Wilson. Kevin most recently received a 2017 Drammy award for Best Director in a Play" for Portland Playhouse's production of August Wilson's one-man show How I Learned What I Learned starring Victor Mack.