Behind the Eleventh Door 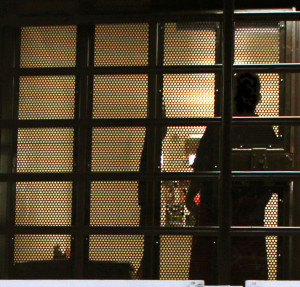 Behind the Eleventh Door

Disability Rights Oregon attorneys Bob Joondeph (Executive Director) and Joel Greenberg join host Karen James to discuss DRO’s report “Behind the Eleventh Door: One Year Later”, released in April 2017 that found the Oregon State Penitentiary fell short of its goal to improve the health and well-being of inmates with serious mental illness.  In January 2016, the Oregon Department of Corrections (DOC) signed an agreement, called a Memorandum of Understanding, to improve the conditions in the penitentiary’s Behavioral Health Unit (BHU) within four years. The DOC promised to make changes that would allow BHU residents to spend an average of 20 hours per week out of their cells in both treatment and educational activities and unstructured time.

The Department of Corrections undertook a number of positive changes to decrease isolation and improve conditions, yet, after one year of effort, the average time that BHU residents spend out of their cells remains nearly stagnant at less than five hours per week.

Behind the Eleventh Door  https://droregon.org/investigation-and-monitoring/