Chris Hedges on the Rise of Trump and American Fascism 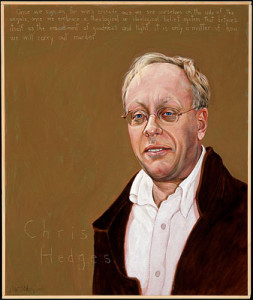 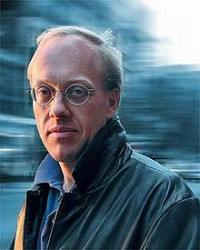 On The Ground: Voices of Resistance from the Nation's Capital

It's all about "The F-Word," our monthly exploration of fascism"which is corporate control of the state, combined with repression of human rights and ramped up police and military. Today we devote this entire hour to "The F-Word" with a major address, "The Rise of Trump," given this month by author and activist Chris Hedges, in Vancouver, Canada.

Chris Hedges is a Pulitzer-prize winning journalist, New York Times best selling author, professor at Princeton University, activist and ordained Presbyterian minister.  He has written 11 books, including the New York Times best-seller “Days of Destruction, Days of Revolt” (2012), which he co-authored with the cartoonist Joe Sacco. His other books include “Wages of Rebellion: The Moral Imperative of Revolt,” (2015) “Death of the Liberal Class” (2010), “Empire of Illusion: The End of Literacy and the Triumph of Spectacle” (2009), “I Don’t Believe in Atheists” (2008) and the best-selling “American Fascists: The Christian Right and the War on America” (2008). His book “War Is a Force That Gives Us Meaning” (2003) was a finalist for the National Book Critics Circle Award for Nonfiction and has sold over 400,000 copies.  He writes a weekly column for the web site Truthdig in Los Angeles, run by Robert Scheer, and hosts a show, On Contact, on RT America.

On The Ground"Voices of Resistance from the Nations Capital (www.onthegroundshow.org) is a weekly show produced for WPFW Pacifica Radio in Washington, DC devoted to activists for social justice, those who are in the DC area and those who come to DC from across the nation or from across the globe to speak truth to power. Esther Iverem, creator, executive producer and host, is an award-winning journalist, poet, visual artist and activist.