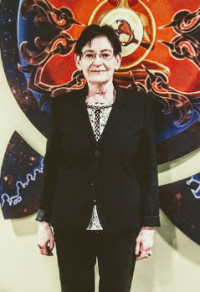 The existing economic system in most countries is a kind of state capitalism. It produces enormous inequalities. Its extraction practices are environmentally destructive. Perhaps indigenous models provide a viable alternative. Chief Seattle was a Susquamish chief in what is now Washington State. He reportedly made these observations in an 1854 letter to U.S. President Pierce: “How can you buy or sell the sky? the land? The idea is strange to us. If we do not own the freshness of the air and the sparkle of the water, how can you buy them? Every part of the earth is sacred to my people. Every shining pine needle, every sandy shore, every mist in the dark woods, every meadow, every humming insect.” And he warned: “Continue to contaminate your bed, and you will one night suffocate in your own waste.”

Roxanne Dunbar-Ortiz grew up in rural Oklahoma, the daughter of a tenant farmer and part-Indian mother. She has been active in the international Indigenous movement for more than four decades and is known for her lifelong commitment to social justice issues. Her 1977 book The Great Sioux Nation was the fundamental document at the first international conference on Indigenous peoples of the Americas, held at UN headquarters in Geneva. She is the author of An Indigenous Peoples’ History of the United States, winner of the 2015 American Book Award and All the Real Indians Died Off and 20 Other Myths about Native Americans.