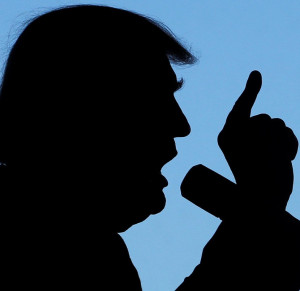 ﻿ Why We Must Oppose the Kremlin-Baiting Against Trump

Stephen Frand Cohen is an American scholar and professor emeritus of Russian studies at Princeton University and New York University.  He joins Per Fagereng on Fight the Empire Thursday March 2nd at 9:30am

﻿ "The bipartisan, nearly full-political-spectrum tsunami of factually unverified allegations that President Trump has been sedi tiously “compromised” by the Kremlin, with scarcely any nonpartisan pushback from influential political or media sources, is deeply alarming. Begun by the Clinton campaign in mid-2016, and exemplified now by New York Times columnists (who write of a “Trump-Putin regime” in Washington), strident MSNBC hosts, and unbalanced CNN commentators, the practice is growing into a latter-day McCarthyite hysteria. Such politically malignant practices should be deplored wherever they appear, whether on the part of conservatives, liberals, or progressives.

The allegations are driven by political forces with various agendas: the Hillary Clinton wing of the Democratic Party, which wants to maintain its grip on the party by insisting that she didn’t lose the election but that it was stolen by Russian President Vladimir Putin for Trump; by enemies of Trump’s proposed détente with Russia, who want to discredit both him and Putin; and by Republicans and Democrats stunned that Trump essentially ran and won without either party, thereby threatening the established two-party system. Whatever the motivation, the ensuing slurs against Trump, which are already producing calls for his impeachment, pose grave threats to US and international security and to American democracy itself.

So far, no facts have been presented to back up the allegations. (Without facts, all of us are doomed to malpractice or worse.) An impartial investigation might search for such facts, if any exist, which should then be evaluated objectively—but neither may be possible in the current political atmosphere, only a witch hunt."