Snatching Defeat from the Jaws of Climate Victory 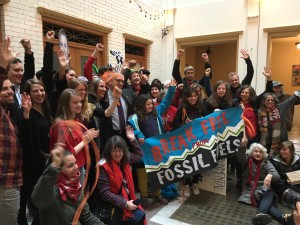 Oregon is celebrated for its leadership on addressing climate change. This winter the Portland City Council unanimously approved a first-in-the-country ban on new bulk fossil fuel storage facilities that exceed two million gallons as well as the expansion of existing terminals. Last year, the Oregon Legislative Assembly approved a landmark bill that commits the state to eliminate its use of coal power by 2030 and double the amount of clean, renewable energy serving Oregonians to 50 percent by 2040. But beneath the veneer of this cheery news for the environment, there are other actors trying to undo these achievements.