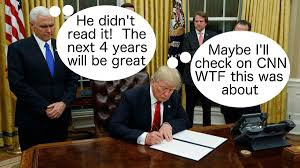 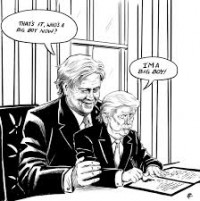 There are a lot of things that are inconceivable about Donald Trump, but the incoherence of his energy policy is especially mind boggling. He’s likely to wind up angering a lot of his key supporters in the fossil fuel industry, because some of his moves, such as resuscitating the Keystone XL pipeline and starting a trade war with China, will have all kinds of unintended consequences.

On this episode of Locus Focus we talk with Clark Williams-Derry, director of energy finance at Sightline Institute in Seattle, about how Trump’s flailing & contradictory moves on energy are creating new winners and losers within the US energy industry, that could wind up bitterly disappointing some of his key supporters. We'll also discuss Trump's conflicts of interest around the Dakota Access Pipeline and the growing movement to de-fund DAPL by getting major banks to rescind their credit agreements with DAPL and its parent companies.