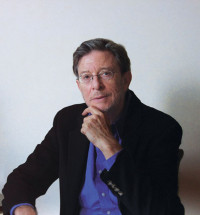 Stephen Cohen, regarded as one of the foremost experts on Russia, is professor emeritus of Russian studies, history, and politics at NYU and Princeton. He is a Nation contributing editor and author of many books including Soviet Fates and Lost Alternatives: From Stalinism to the New Cold War.

Winston Churchill once observed, the further back you go, the farther forward you can see. We know little of Russia and its history beyond bears, Siberian winters, the Kremlin and Doctor Zhivago. The United States emerged victorious at end of the Cold War. An era of cooperation was to be ushered in. What should have been an opportunity to create a structure for peace and stability did not happen. Instead of an inclusive security system the U.S.-led NATO military alliance expanded to the east. Hardliners in Washington goaded by the military-industrial complex, seeking more profits from weapons sales, have vilified and demonized Russia and its president, Vladimir Putin. The media followed in lock step. A reheated Cold War with a new arms race and the catastrophic dangers of hot war are the last things that humanity and the planet need. Interviewed by David Barsamian.