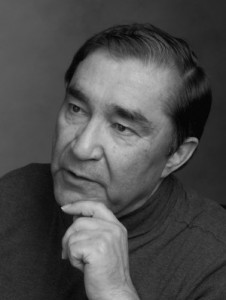 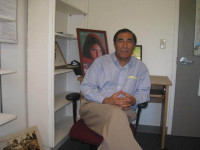 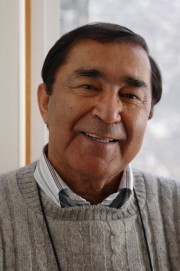 After 40 years at Lewis & Clark, Professor of Education Zaher Wahab retired to work full-time in his home country of Afghanistan. “I don’t really believe in retirement,” Wahab says. “I want to change the world.”  According to Vern Jones, professor and chair of teacher education—and Wahab’s colleague for 39 years—Wahab has already changed the world for the better.

Zaher Wahab was born and schooled in Afghanistan, received a B.A. in sociology from The American University of Beirut, an M.A. in comparative education from Teachers College, Columbia University, and an M.A. in anthropology and a Ph.D. in international development education from Stanford University.

Dr. Wahab was the first person in his family’s history to attend the village school, a boarding school in Kabul, and receive scholarships to attend college in Lebanon and the US. Thus far, Dr. Wahab is the only Afghan with a Ph.D. from Stanford University.

Dr. Wahab served as senior advisor to the Minister of Higher Education in Afghanistan 2002-2006 and as a visiting researcher-professor in a masters degree program for teacher education faculty from Afghanistan’s 16 teacher training colleges 2007-2010. Between 2002 and 2012, he spent about four months annually in his home country, before returning to live and work there permanently.

Dr. Wahab has written and presented numerous papers at regional, national, and international forums on education, and he is a frequent speaker at educational, civic and media organizations. Professor Wahab has been “professor of the year” and profiled in the Stanford Magazine, Academe, The Portland Alliance, The Oregonian, The Lake Oswego Review and Lewis & Clark’s The Chronicle Magazine for his achievements and for his services in the U.S. and Afghanistan.