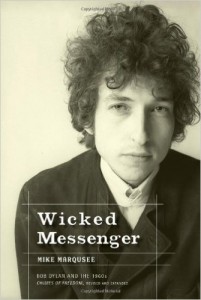 Mike Marqusee wrote a number of books on politics and popular culture, including Redemption Song, an acclaimed study of Muhammad Ali.His book on Bob Dylan is Wicked Messenger. An American, he lived in London for 30 years. He died in 2015.

Bob Dylan is indisputably one of the major musicians of our time. He is a complicated and paradoxical figure that defies categorization. Although his work has undergone some ironic transmutations over the years, his musical development has often been a response to his rebellious and restless nature and refusal to be a political icon. For Dylan, the times are always changin' and no moss will gather under his rolling stone.