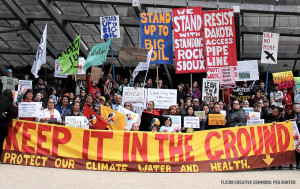 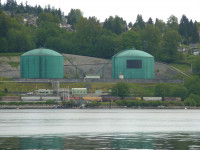 As we continue to try to make sense of where the world is hurtling toward as Donald Trump prepares to become the 45th president of the United States, we follow up on last week's discussion about the fight to keep gigantic fossil fuel projects from being built in the Northwest. Sunday, December 4, we heard the amazing news that the Standing Rock Sioux water protectors won their battle, at least for now, to stop the Dakota Access Pipeline from contaminating their water supply. This was much needed good news after hearing earlier that week that the the Canadian Federal Government had approved Kinder Morgan's proposed expansion of the Trans Mountain pipeline carrying tar sands oil across British Columbia. On this episode of Locus Focus, we’re joined by Eric de Place, Policy Director for Sightline Institute in Seattle to talk about the connections between these two pipeline struggles and the forces we are trying to stave off that would turn the Pacific Northwest into a fossil fuel export hub. As the Trans Mountain pipeline threatens to become a reality will we see another Standing Rock-like movement led by First Nations and Pacific Northwest tribes take off across the Northwest?

Eric de Place, policy director, spearheads Sightline Institute’s work on energy policy. He is known as a leading expert on coal and oil export plans in the Pacific Northwest, and he is considered an authority on a range of issues connected to fossil fuel transport. Eric is a frequent guest on Locus Focus.