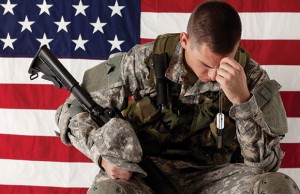 As we honor those who served in the U.S. military this Veterans Day, we also remember those serving time in our jails and prisons.  Oregon has among the highest rates of incarcerated veterans in the nation.  Karen James hosts a special discussion about veterans and the criminal justice system with Vietnam veteran William B. Brown, professor with a Ph.D. in Sociology in the Department of Criminal Justice at Western Oregon University, and Robert Stanulis, a licensed psychologist and neuropsychologist with a Ph.D. in clinical psychology and a well-recognized expert on PTSD. Both doctors have worked on numerous criminal cases involving veteran defendants in both state and federal courts and will discuss PTSD and the need for culturally competent mental health providers, prosecutors, etc. in the evaluation of veteran defendants.

William B. Brown is a Professor, with a Ph.D. in Sociology, in the Department of Criminal Justice at Western Oregon University. He is also the Research Director of Pacific Policy and Research. He has been recognized by both state and federal courts in numerous criminal cases involving veteran defendants as an expert in the Military Total Institution and military culture – particularly in reference to the impact of military culture on veterans re-acculturating back into the civilian culture following completion of their military service. Moral injury and the sense of betrayal have become two areas of interest related Dr. Brown’s current research. Dr. Brown is a combat veteran who served in Vietnam as an infantryman with the 173rd Airborne Brigade, served as a Drill Sergeant, and after receiving an infantry commission, served as a Platoon Leader in B Company 75th Rangers. When the Vietnam War ended he resigned his commission. His previous research and publications include prisoner reentry, youth gangs, and sentencing processes. Since 2008, his research has focused on veterans entangled in criminal justice. Dr. Brown’s email is: profbrown9@comcast.net or brownw@wou.edu  Phone: 503-269-6065.

Robert Stanulis is a licensed psychologist with a Ph.D. in clinical psychology. His current practice is in the area of Forensic Psychology and Neuropsychology. He began working with veterans well before the diagnosis of PTSD was formulated and became part of the DSM. Besides seeing veterans involved in the criminal justice system, he is active in educating lawyers about veteran issues in the Court. Dr. Stanulis has worked on numerous criminal cases involving veteran defendants in both state and federal courts, and is a well-recognized expert on PTSD. His latest interest has been moral injury and its relationship to post-military behavior among veterans. He has provided Continuing Legal education about veterans to the Oregon Criminal Defense Association and the Oregon Bar. He has also spoken to university faculty about how to assist veterans in the classroom. He is on the Veterans Advisory Board at Western Oregon University and also serves on the Board of Directors of the Bunker Project. Dr. Stanulis’ email is: Stanulis@tds.net  Phone: 503-816-5093.