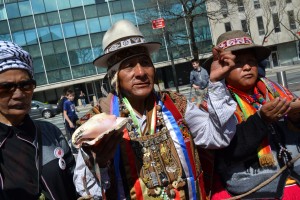 On Thursday October 6th, the Third Committee of the United Nations General Assembly, otherwise known as the Social, Humanitarian, and Cultural Committee, met to discuss two resolutions dealing with criminal justice and drug control policy. Representatives from a number of member states spoke. On a previous show, we heard from ambassadors representing Colombia, Mexico, and the Philippines. This week, we're going to hear from Jamaica; the European Union; Russia; and the United States.

Loyal listeners will recall that back in April, the United Nations General Assembly held a special session on drugs. That was just one step along the path toward international drug policy reform. There's a lot of work left to do. The United Nations is working from a ten-year political declaration and action plan on drugs adopted in 2009. So, the big event really isn't until 2019, yet there's more to come after that.

Policy is a process. The cornerstones of intelligent and successful policies are human rights and sustainable development. Prohibition does not fit within any kind of framework that has those cornerstones. Policy is a slow process, unfortunately it's a slow one. That's why it's important to monitor progress. As Kwame Nkrumah once said: forward ever, backward never.

Update Required To play the media you will need to either update your browser to a recent version or update your Flash plugin.
Download audio file
Topic tags:
Civil Rights/Human Rights, Drugs, Global Affairs