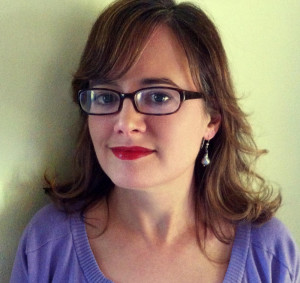 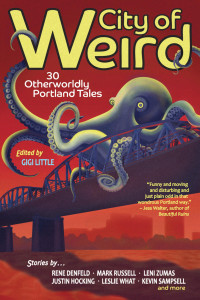 Gigi’s own essays and short fiction have appeared in anthologies and literary magazines, including Portland Noir, Spent, and The Pacific Northwest Reader. She works as a marketing coordinator at Powell’s Books, and also as graphic designer for the Portland-based indie publisher Forest Avenue Press. Before all that, Gigi spent 15 years in the circus, as a lighting director and professional clown.

Joining Gigi on the show are three of City of Weird's contributing authors: Dan DeWeese, Karen Munro, and Suzy Vitello.

Note: The first audio file below is the archived Between the Covers episode. The second audio file is a special online bonus for KBOO listeners, featuring Dan, Karen, and Suzy reading excerpts from their City of Weird stories.