Who Owns/Controls the African Body? 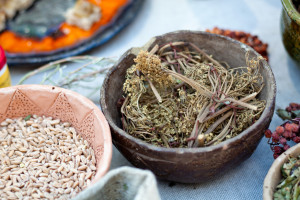 The struggle for liberation in these times...
As long as there have been humans, there has been struggle; however, 2016 has been a year of immense loss, and a new generation of ideological polarization.  Clearly this is purposeful (since those who create the narrative profit off of this polarization).  There are those who want us to return to a society where we all 'knew our places'; ultimately, those people need to understand that they are just as exploited by the oppressors as the rest of us.
That said, we want to focus this week on the question of ownership of the Black/African body.  From Emmitt Till to Trayvon Martin;  Tiarah Poyau to Rae'Lynn Thomas; Saartjie Baartman to Whitney Houston; Colin Kaepernick to Odell Beckham Jr.; Those who control the narrative have profited off our labor for centuries, and what we see today is based on this legacy.  We have also paid a great price for resisting this legacy but we continue, because resistance serves a larger purpose than personal gain.
At what point can we be truly free in a society guided by conditions not conducive to freedom?  Much has been happening, and there's a vast array of interconnectedness.  Some of the things we will be discussing are:

-Colin Kaepernick's actions and statements in resistance to the worship of the U.S. flag

...and Dr. Sebi and Vertamae Smart-Grosvenor's physical transitions (and political resistance through food/nutrition/health).
Of course, we speak to the struggles and the issues we face today, with the objective being to enter a process of healing.
(Image:  Shutterstock)
Topic tags:
Activism, Arts/Culture, Civil Rights/Human Rights, Education, Elders, Gender, Health, History
Genre(s):
Jazz, Arts and Culture, Soul, Spiritual