The Gun Show at Coho Productions 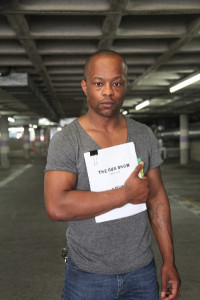 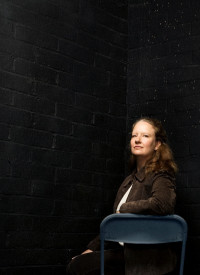 A play and conversation starter about guns stories.

Guest host James Dixon talks with actor Vin Shambry and playwright EM Lewis about The Gun Show, a topical play intended to be a conversation starter about our relationship to guns as individuals and as a country. Playwright E.M. Lewis sits with the audience while performer Vin Shambry shares five of her gun stories. Each 1 hour performance will be followed by a 30-minute Gun Talk, a moderated public conversation. All shows and conversations are at Coho Productions Sept 9th - Oct. 1st.

The Gun Show premiered in July 2014 in Chicago at the 16th Street Theatre. This critically acclaimed production was extended and eventually received a Jeff Award Nomination for Best Solo Show. The Gun Show subsequently became a critical hit in Los Angeles in the fall of 2014 and was nominated for 2015 Stage Raw Los Angeles Theatre Award Best Solo Show. It received an East Coast Premiere in Trenton, New Jersey at Passage Theatre. The most recent productions have been in Berkeley, California at Impact Theatre and Santa Barbara at Center Stage Theatre. This Coho co-production will be the Pacific Northwest premiere, and more significantly, a “coming home” show for local playwright, E.M. Lewis.

An accompanying art installation by Russell Foltz-Smith titled "This Is Not A Gun" will be featured in CoHo's lobby. The official reception is Saturday, September 10th from 2-6pm, as part of the recently rejuvenated Slabtown Second Saturday Art Walk, featuring many of the galleries, restaurants and shops in CoHo's booming neighborhood.

ABOUT THE PLAYWRIGHT
E.M. Lewis is an award-winning playwright, librettist, and teacher of playwriting.  She was a finalist for the 2014 Shakespeare’s Sister Fellowship. She received the Hodder Fellowship from Princeton University in 2010-2011, and a fellowship from the New Jersey State Arts Commission in 2012. She won the ATCA/Steinberg Award for her play “Song of Extinction,” which also received the Ted Schmitt Award for Outstanding Writing of a World Premiere Play from the Los Angeles Drama Critics Circle. She won the Primus Prize for her play “Heads.” Her work has been produced around the world, and is published by Samuel French.
(Credit Tom Sanders Photography)

Shawn Lee (Co-Producer, Director) has 20 years of experience producing theatre, including 25 productions as co-founder and co-artistic director with Furious Theatre in LA. Recently he relocated to Portland to become the Artistic Producer at Artists Repertory Theatre, producing 11 shows to date, as well as coordinating and producing shows for Profile Theatre, Portland Shakespeare Project, Risk/Reward, Hand2Mouth, Tiempo Libre concerts, Corrib Theatre, Phame, and many other solo projects.

Update Required To play the media you will need to either update your browser to a recent version or update your Flash plugin.
Download audio file
Topic tags:
Arts/Culture, African American, Civil Rights/Human Rights
Genre(s):
Arts and Culture