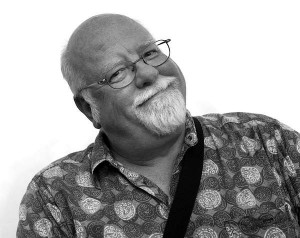 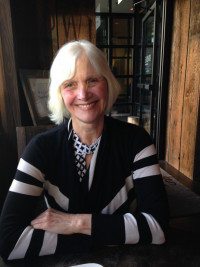 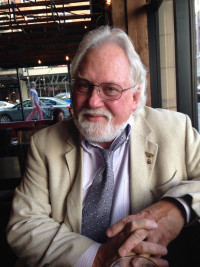 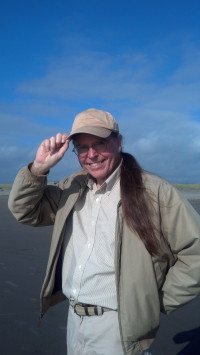 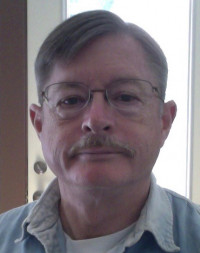 Talking Earth celebrates the life of Ric Vrana, who started a poetry series in Astoria, Washington, which continues to this day. Astoria locals Florence Sage, John Ciminello, Jim Dott and Bob Pyle will read their poetry and reminisce about Ric as well.

Ric Vrana was known among Northwest writers as a founder in the 1980s of the long-running Red Sky Poetry Theater in Seattle. For a decade he was a frequent reader at poetry events in Portland, both at open mic and as a featured reader. Vrana’s poetry is featured in “Broken Word II: the Alberta Street Anthology” and “Blown Out: Portland’s Indie Poets.” A contributor to online Portland zines like Work and Elohi Gadugi, he also authored three chapbooks of poetry, including the poem cycle “Postales desde Costa Rica” and “Semi Ambivalent Middle-Aged Male Lament #25.”

Poet Florence Sage is active in poetry events in Astoria, Oregon, as a reader and organizer. Her 2014 poetry collection is Nevertheless: Poems from the Gray Area, Hipfish Publications, Astoria (available at pod@powells.com).

John Ciminello – Son of Vito (a surgeon), grandson of John (a barber) and great-grandson of Vito (a shoe peddler).  My work has appeared in The Sun Magazine, Analog, Rain, Mentor, and the Salal Review.  Author of one chapbook of haiku Shrine Above High Tide (2009).

Robert Michael Pyle's twenty books include Wintergreen and the Tangled Bank.  A Guggenheim fellow, he has received the John Burroughs Medal and several other writing awards.  His poemss have appeared in magazines including the North American Review, and a chapbook, Letting the Flies Out.  Evolution of the Genus IRIS was his first full-length book of poems; Chinook & Chanterelle is his second collection from Lost Horse Press.

Jim Dott is a poet who lives in Astoria, Oregon near the mouth of the Columbia River. He is a retired elementary teacher who taught in Oregon and Malaysia.  Jim’s poetry has been described as lyric-narrative and explores our relationships with nature and place.  His chapbook A Glossary of Memory,  an imagined memoir in 26 poems, was published in 2015.  He has two chapbooks awaiting publication, Naming the Trees, a series of poems on trees, and Another Shore, a sequence of poems set in Plymouth/Patuxet, Massachusetts in the 1620s.  His work has appeared in Written River, North Coast Squid, Rain, Southern Poetry Review, and Turtle Island Quarterly.  You can visit his website jamesdott.com for more on his writing. Jim is also a programmer at Coast Community Radio and an amateur actor.

Update Required To play the media you will need to either update your browser to a recent version or update your Flash plugin.
Download audio file
Topic tags:
Poetry
Genre(s):
Spoken Arts