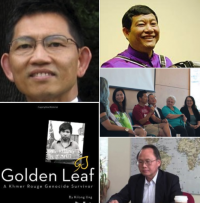 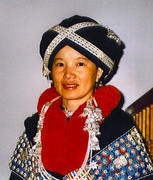 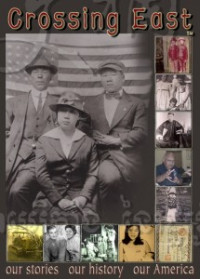 The refugees who came to America were Vietnamese, Cambodian, Laotian and the ethnic minorities from Laos—the Mien and Hmong.  Most had fought on the same side and helped the US military in the war in Vietnam.  The Mien and Hmong— the rural people in Laos—were particularly vulnerable for helping the CIA with covert operations.  Staying in Laos was not an option.

You can hear a piece produced by Dmae Roberts for NPR in 2006.

If you missed any of this program, hear it again at StagenStudio.com.

By 1979, there were almost 62,000 Vietnamese in refugee camps.  More than 140-thousand people displaced from Cambodia and Laos joined them. Oregon and Washington State had the fifth largest population of South East Asian refugees in the country.  The Portland School district was one of the first to figure out how work with South East Asian youth coming to their schools.  The 1.5 generation—those who came to this country at a young age—learned quickly, mastering language and writing skills before their first generation parents.  Now they own businesses and are community leaders in Portland.

This is a compilation of some of the oral histories gathered by Anne Morin who was an ESL teacher to many of the subjects who became Portland's Asian American community leaders such as Lee Po Cha, ex dir of Immigrant and Refugee Community Organization. Sara Caswell Kolbet also interviewed our good friend Kilong Ung whose memoir called "Golden Leaf" is a moving historical document of Cambodian genocide. Also included is my short feature on musician Daran Kravanh which aired on NPR.

This half-hour documentary is an excerpt  from the Peabody-award-winning Crossing East series hosted by Margaret Cho. The eight-hour series was broadcast on more than 230 stations across the country. To hear the complete one-hour documentary on refugees or to purchase downloads and CDs of the entire Crossing East series, visit the MediaRites Store.

Made possible by the Corporation for Public Broadcasting, the National Endowment for the Arts, the Regional Arts and Culture Council, Oregon Arts Commission, Collins Foundation, Templeton Foudnation and the Autzen Foundation.

Visit CrossingEast.org for more information on the series.

Or you can subscribe to the podcast on iTunes so you don’t have to miss a show.

And always browse our archive of shows at the official Stage and Studio website.