Bart Ehrman on How the Earliest Christians Remembered, Changed, and Invented Their Stories of the Savior 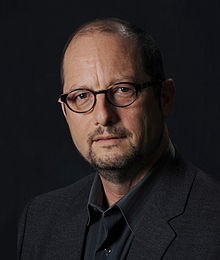 Bart Ehrman on How the Earliest Christians Remembered, Changed, and Invented Their Stories of the Savior

Host John Shuck speaks with Bart Ehrman, the James A. Gray Distinguished Professor at the University of North Carolina at Chapel Hill, about his latest book, Jesus Before the Gospels: How the Earliest Christians Remembered, Changed, and Invented Their Stories of the Savior.

Bart D. Ehrman has written or edited thirty books, including five New York Times bestsellers: How Jesus Became God, Misquoting Jesus, God’s Problem, Jesus Interrupted and Forged. Ehrman is the James A. Gray Distinguished Professor of Religious Studies at the University of North Carolina, Chapel Hill, and is a leading authority on the New Testament and the history of early Christianity. His work has been featured in Time, the New Yorker, the Washington Post and other print media, and he has appeared on NBC’s Dateline, The Daily Show with Jon Stewart, CNN, The History Channel, National Geographic, the Discovery Channel, the BBC, major NPR shows, and other top media outlets.

Update Required To play the media you will need to either update your browser to a recent version or update your Flash plugin.
Download audio file
Topic tags:
History, Faith/Religion/Spirituality