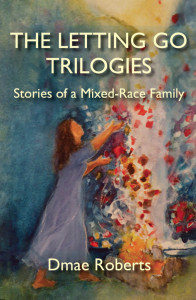 The book takes the form of a series of personal essays, in which Dmae writes about her biracial identity as the child of a Taiwanese mother and white Oklahoma-born father. The essays focus on her childhood in Taiwan, Japan, and Oregon; her identity as “Secret Asian Woman”; her visits to Taiwan as an adult; and, her complex family relationships.

Dmae is a two-time Peabody award-winning independent media artist, who has written and produced more than 400 audio pieces for NPR and PRI. She also hosts the long-running, and very popular, KBOO program Stage and Studio, in which she’s the one doing the interviews. So we turn the tables on her today.

Her reading and book signing events are scheduled as follows: